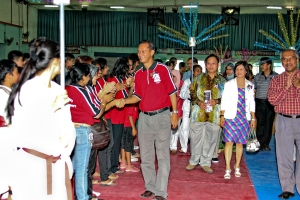 About 320 participants took part in the 11th Power Sport Taekwondo Championships held at the SRJK (C) Pandamaran B hall on the 26th of June 2011.

The championship, organised by Power Sport Taekwondo with support from the Selangor State Education Depatment, Top A Plastics was the co-sponsor, were aimed at helping the club members gain exposure. 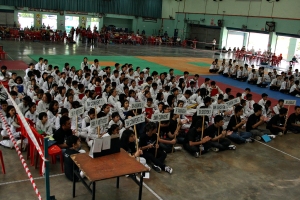 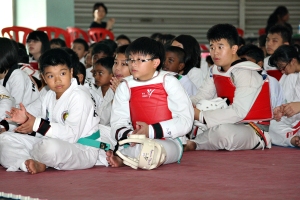 During the one-day meet, competitors aged from seven to 17 years from 12 primary schools and eight secondary schools took part in both sparring and pattern categories. Spectators also had the opportunity to witness taerobics and destruction demonstrations.

There was a small group of enthusiastic parents known as the Power Sports Parents Support Team, who were there to cheer for their kids so they feel they are being backed up when they’re fighting. Besides that, they also held a small fund raising by selling food and drinks like noodles, sandwiches and 100 plus. They are planning for a get-together for parents sometime soon.